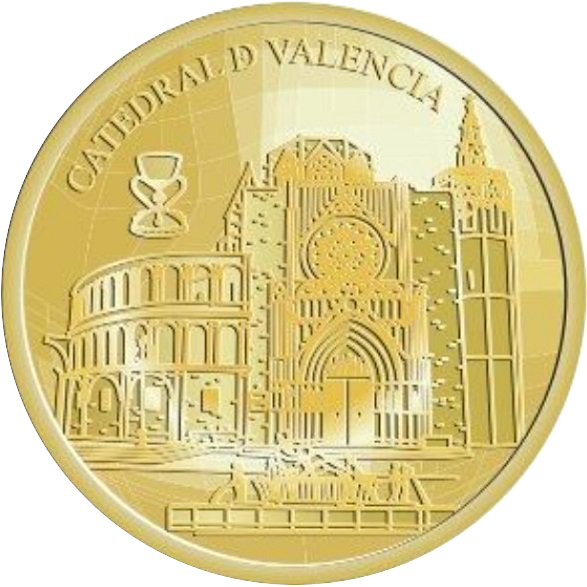 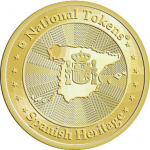 Built on the site of a Roman temple, which later became a mosque the origins of the cathedral date back to the 13th century. It has various architectural styles, from the Romanesque to the baroque, as can be observed on the three doors: The main door, or Puerta de los Hierros, is baroque; the Puerta de los Apóstoles is gothic and the Puerta del Palau is Romanesque. The Miguelete belfry was built in the 13th and 14th centuries and was designed by Andrés Juliá Torre; it is octagonal, 50.85m high and built in a markedly baroque style, next to the main entrance. There is a spiral stairway inside that leads to the terrace, where there are views of the city, the countryside and the sea. The Santo Cáliz Chapel, the old Sala Capitular y de Estudios (1356) was originally a Chapter House and study and was separate from the cathedral. The Holy Chalice that according to tradition was used by Christ during the last Supper is kept inside.
Coin is available in Museo Catedral de Valencia.