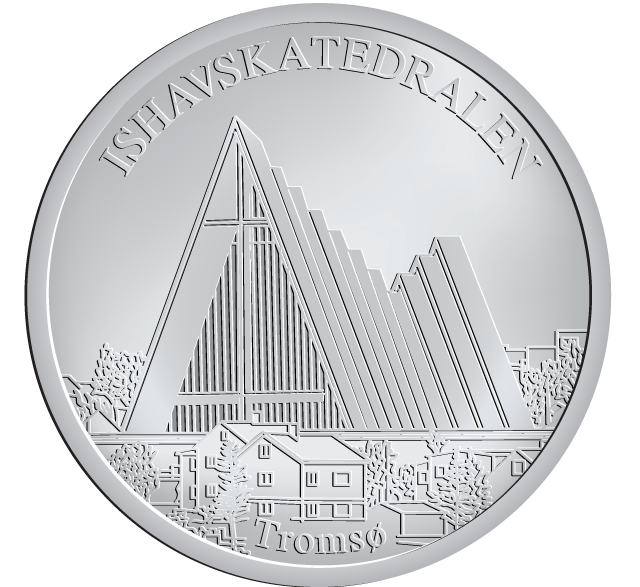 The Tromsdalen Church, which is more commonly known as The Arctic Cathedral (Ishavskatedralen, literally ‘The Cathedral of the Arctic Sea’), is a church in Tromsø, Norway, built in 1965. The church is a parish church and not, strictly speaking, a cathedral.The church was drawn by Jan Inge Hovig, and its building materials consist mainly of concrete. Because of the church’s distinct look and situation, it has often been called ‘the opera house of Norway’, likening it to the famous Sydney Opera House in Sydney, Australia. The church is probably the most famous landmark in Tromsø, a masterpiece of architecture designed to reflect the nature, culture and faith in the Arctic regions. Its spires are said to represent the 11 apostles left after the betrayal. The entire east wall is formed by one of the largest stained-glass windows in Europe.