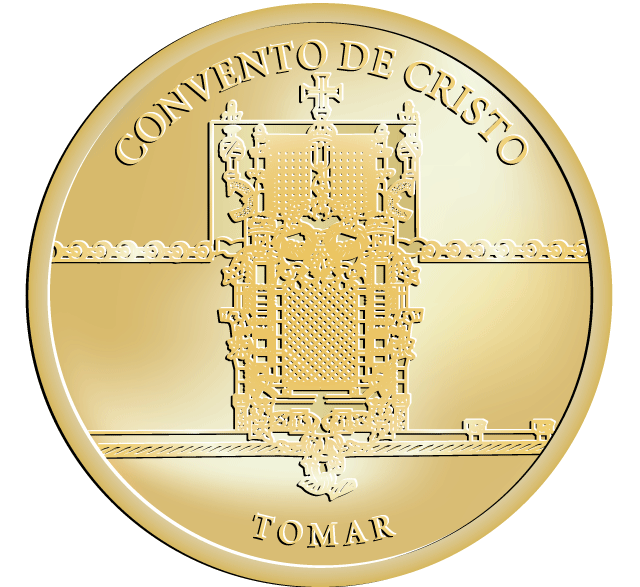 The Convent of Christ displays in its architectural ensemble art several testimonies: the Romanesque art, with the Templars; the Gothic and Manueline style, with the Discoveries; the Renaissance, during the Reform of the Order; the Mannerism, in its various aspects; and eventually the Baroque.The so-called Window of the Chapter House (Janela do Capítulo), a huge window visible from the Saint Barbara Cloister in the Western façade of the nave, carries most of the typical Manueline motifs: the symbols of the Order of Christ and of Manuel I, and fantastic and unprecedented elaborations of ropes, corals and vegetal motifs. A human figure in the bottom of the window probably represents the designer, Diogo de Arruda. This window of the Convent constitutes one of the masterworks of Manueline decoration. Above is a smaller circular window and a balustrade. The façade is divided by two string courses of knotted ropes. The round angle buttresses are decorated with gigantic garters (alluding to investiture of Manuel I by the Order of the Garter by the English king Henry VII).