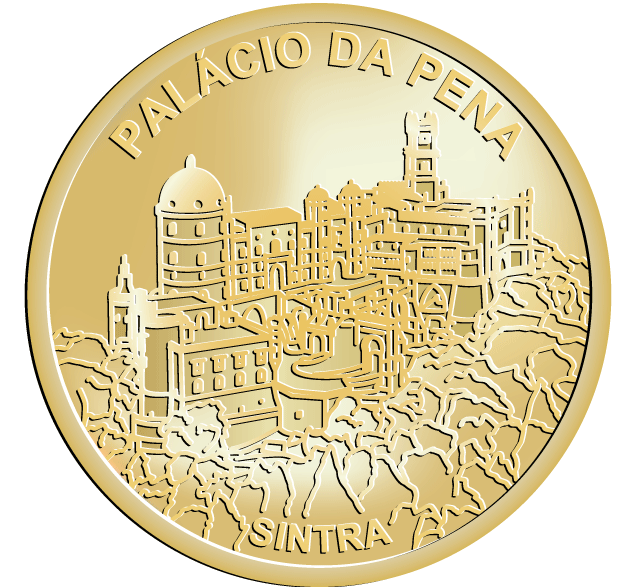 Located in the Sintra hills, the Park and Palace of Pena are the fruit of King Ferdinand II’s creative genius and the greatest expression of 19th-century romanticism in Portugal, denoting clear influences from the Manueline and Moorish styles of architecture. The palace was built in such a way as to be visible from any point in the park, which consists of a forest and luxuriant gardens with over five hundred different species of trees originating from the four corners of the earth.