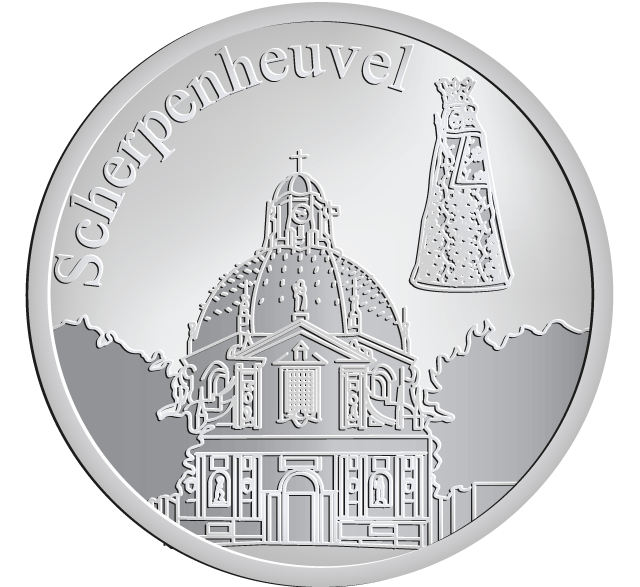 For more than six centuries now the people of Scherpenheuvel have been venerating a miraculous statue of Mary. In 1605 the archduke and duchess Albrecht and Isabella gave this village the privileges of a city and instructed that a monumental church should be built. The central dome construction of this Baroque church is flanked by six side chapels, a west building with a flat facade and an eastern tower, which was never completed. This place of pilgrimage was to be the bastion of the Catholic Counter Reformation. Every year, on the Sunday after All Saints’ Day, the candlelight procession moves through the town carrying the miraculous statue of Mary around the streets near the basilica.