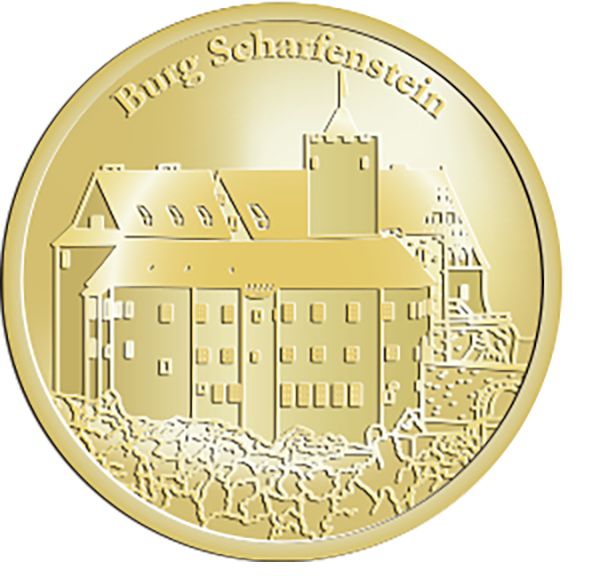 Scharfenstein Castle lies on an elongated hill spur above the village of Scharfenstein, in the municipality of Drebach in the Ore Mountains of Saxony, Germany. The castle is one of 24 sites run by the state-owned State Palaces, Castles and Gardens of Saxony (Staatliche Schlösser, Burgen und Gärten Sachsen).
The original structure was built in 1250. It is suspected that the von Waldenburgs ordered its construction, but only its first owner occupant is known for certain.
The von Waldenburgs had in their possession the estates of Waldenburg, Rabenstein, Scharfenstein, and Wolkenstein, which covered a contiguous area extending from the middle reaches of the River Pleiße to the Ore Mountain crest.
Karl Stuelpner, actually Carl Heinrich Stilpner, was an Ore Mountain soldier, poacher, smuggler, producer and live artist. Novels, plays and folk tales have contributed to an extensive legends and led to Stuelpner today sometimes called ‘ Saxon Robin Hood’.