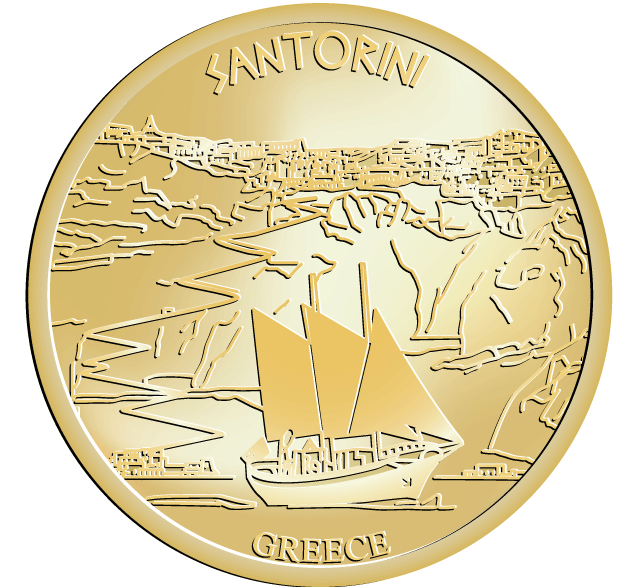 Crescent-shaped Santorini (or Thíra), the precious gem of the Aegean, is actually a group of islands consisting of Thíra, Thirassiá, Asproníssi, Palea and Nea Kaméni in the southernmost part of Cyclades.
The whole complex of Santorini islands is still an active volcano and probably the only volcano in the world whose crater is in the sea.Santorini is a small, circular archipelago of volcanic islands located in the southern Aegean Sea. Its spectacular physical beauty have made the island one of Europe’s tourist hotspots.The island is the site of one of the largest volcanic eruptions the planet has ever seen: the Minoan eruption , which occurred some 3,600 years ago at the height of the Minoan civilization. The eruption left a large caldera surrounded by volcanic ash deposits hundreds of feet deep and may have led indirectly to the collapse of the Minoan civilization on the island of Crete, 110 km to the south, through the creation of a gigantic tsunami. Another popular theory holds that this eruption is the source of the legend of Atlantis. Nowadays, a giant central lagoon, measuring about 12 km by 7 km, is surrounded by 300 m high steep cliffs on three sides.