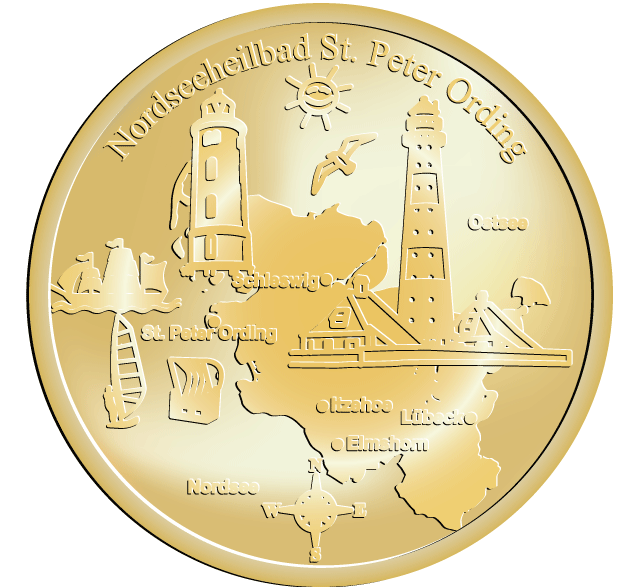 St. Peter-Ording is situated on the North Sea coast, on the western tip of the Eiderstedt peninsula, approx. 45 km southwest of Husum. Part of the municipality lies in the Schleswig-Holstein Wadden Sea National Park. Its characteristics include a beach that is approximately 12 kilometers long and up to one kilometre wide, the dunes, the salt meadows and the cultivated forested areas, atypical for this region. The salt meadows are of special ecological importance, since they belong to the few salt meadows that remain in their natural state. In contrast to other salt meadows along the North Sea they contain numerous ponds and puddles. The landward side is flooded with sea water only occasionally and not every year, so that amphibians such as grass frogs, moor frogs and toads (Bufo bufo) live uncharacteristically close to the seashore.