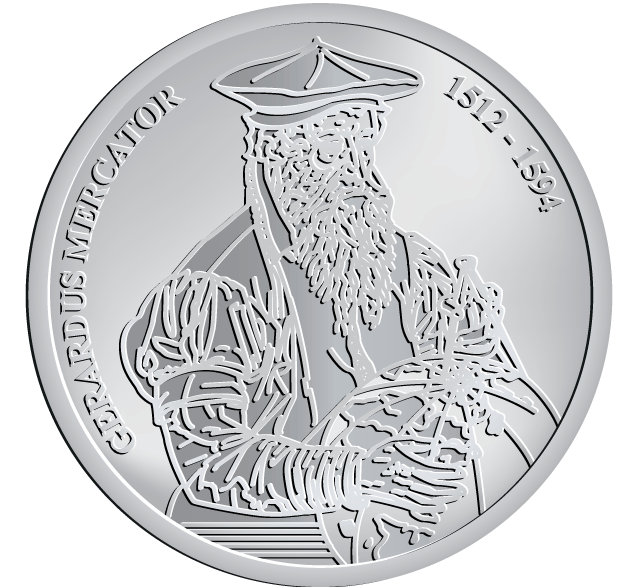 Gerardus Mercator (born 5 March 1512 in Rupelmonde, County of Flanders (in modern Belgium), died 2 December 1594 in Duisburg, United Duchies of Jülich-Cleves-Berg, (modern-day Germany)) was a cartographer, philosopher and mathematician. He is best known for his work in cartography, in particular the world map of 1569 based on a new projection which represented sailing courses of constant bearing as straight lines. He was the first to use the term ‘atlas’ for a collection of maps.