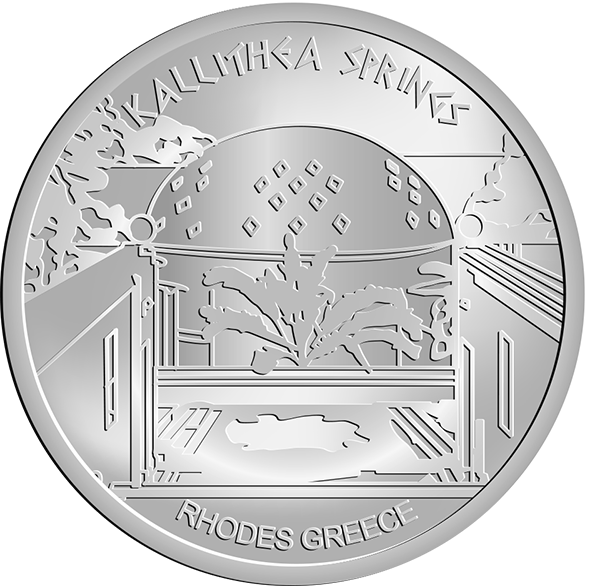 Kallithea Springs or Kallithea Therme is perhaps one of the most beautiful places in Rhodes with its’ spa known from ancient times (7th century B.C.) to have therapeutic properties.The second entrance leands to the main stairway and is flanked by collumms that once supported a pergola covered with bougaivilea plants. The stairway leads to the portico and further to another stairway that ends at the Great Rotunda . The Great Rotunda is perhaps the jewel of Kalithea today. The square with large fountain and beautiful mosaic floor is covered by a huge dome. The highest point of the dome is 14 meters. It organizes regular events, exhibitions and gala ‘s organized. In the center stands a statue of Cupid.