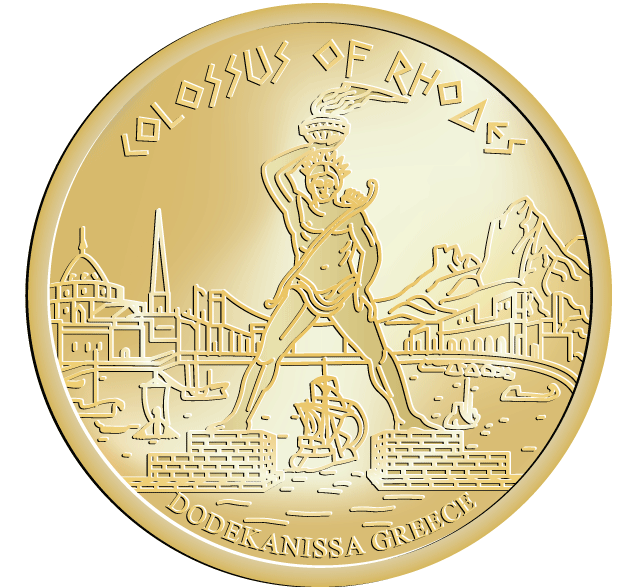 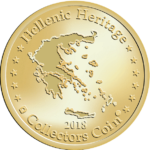 The Colossus of Rhodes was a 30 meter tall bronze statue of the Greek sun god Helios, erected about 280 BC to guard the entrance to the harbor of the Mediterranean island of Rhodes. The project was commissioned by the Rhodian sculptor Chares of Lindos.The construction of the Colossus took 12 years and was finished in 282 BC. For years, the statue stood at the harbor entrance, until a strong earthquake hit Rhodes about 226 BC. The city was badly damaged, and the Colossus was broken at its weakest point – the knee. For almost a millennium, the statue laid broken in ruins. In AD 654, the Arabs invaded Rhodes. They disassembled the remains of the broken Colossus and sold them to a Jew from Syria.
The coin is also available at Throne of Helios.