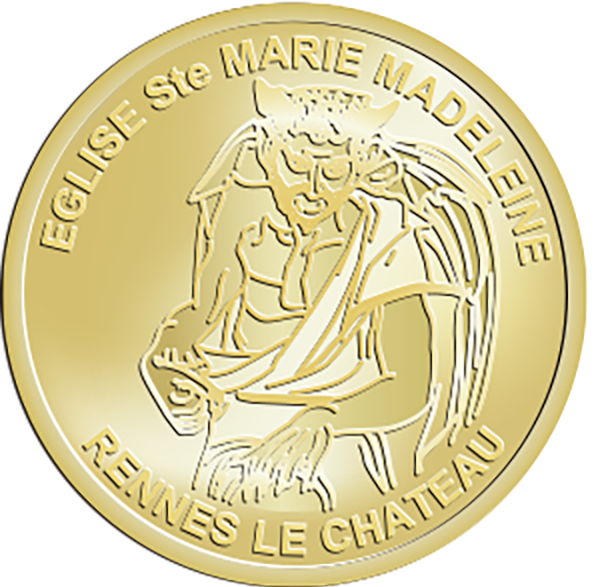 The church of Rennes-le-Château is under the patronage of St. Mary Magdalene, whose feast day is July 22. But the church has not always been Mary Magdalene as patron saint. Originally it was dedicated to the Virgin Mary. He also decorated the cave in the garden of Calvary, a statue of the saint. He vowed it a cult. The decoration was made ​ ​ by Giscard House of Toulouse, according to the wishes of Sauniere. So he ordered a Way of the Cross, beautiful polychrome statues, a large bas-relief, sumptuous stained glass, a pool with group, font and four angels overcoming. The altar, meanwhile was placed ten years earlier, in 1887. According to many researchers, the church, by its design, is fully encrypted and decryption allow access to the treasure!En entering the church on the left is the font. This font has the amazing distinction of being supported by a grinning devil Asmodeus. According to tradition, Asmodeus is the guardian of treasures.