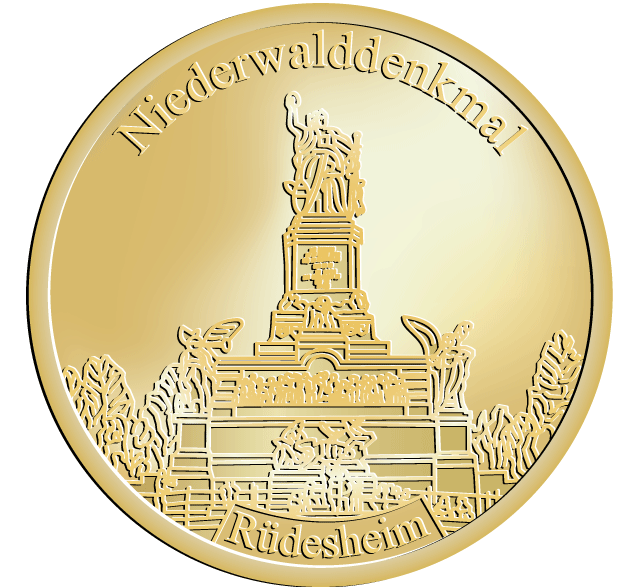 The Niederwald Monument was built in the years from 1877 to 1883. The 38 m high monument was meant to commemorate the Franco-German War of 1870-1871 and the re-establishment of the German Empire.It is located above the city of Rüdesheim in the federal state of Hessen and can be regarded as the landmark of the region. The 32 meters tall statue can be seen from quite a distance.Each year thousands of tourists as well as locals pilgrimage to the Germania in order to commemorate the victims of the Thirty Years’ War.The central figure of the monument is the 10.5 meters high and 32 tons heavy ‘Germania’. In her right hand she is proudly holding the recovered crown of the emperor, with her left she leans self-confidentially on the sword of the empire.