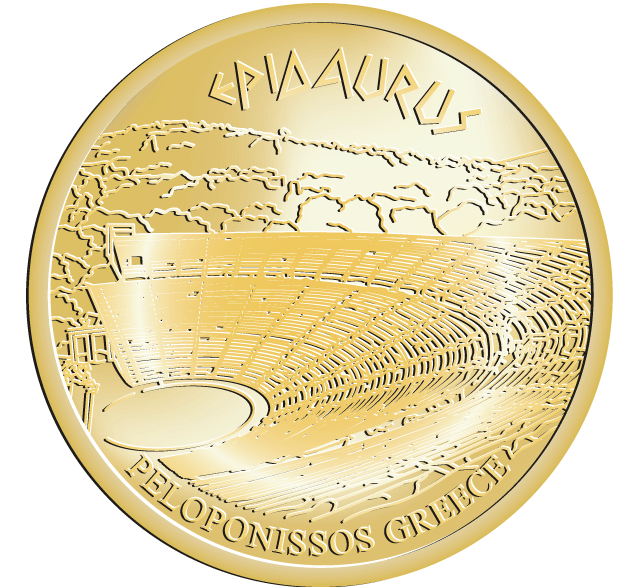 In a canyon, in 340 BC, an Argos architect Polykleitos the Younger, built, according to Pausanias, the theatre of Epidaurus.Among all the ancient theatres, Epidaurus theatre is the most beautiful and best preserved. Destined for the fun of the patients of Asklipieio, it had a capacity of 13,000 spectators. It was divided into two parts: A 21-rows of seats part, aimed for the citizens and a 34-rows of seats part aimed for the priests and rulers. The superb acoustics as well as the very well preserved construction, contributed to the creation of Epidaurus Festival S.A., an institution that contributed to the cultural revival of the theatre. Great actors have acted at such as Alexis Minotis, Thanos Kotsopoulos, Anna Synodinou, Thanasis Vengos and the famous Greek soprano Maria Kallas.