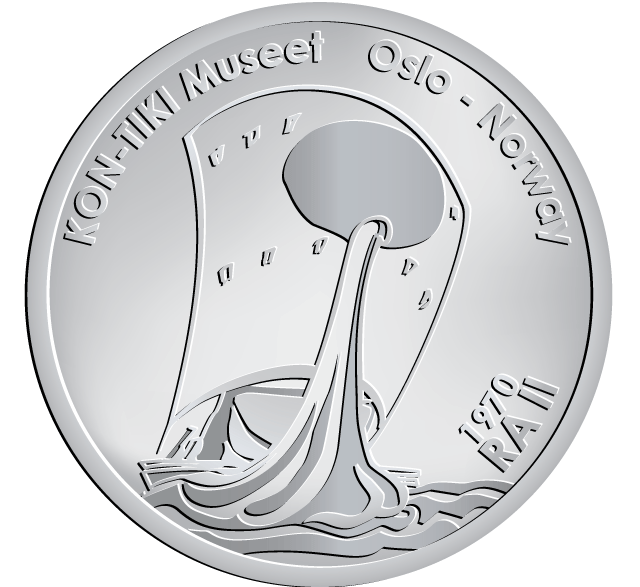 In 1969 and 1970, Thor Heyerdahl built two boats from papyrus and attempted to cross the Atlantic from Morocco in Africa. Based on drawings and models from ancient Egypt, the first boat, named Ra, was constructed by boat builders from Lake Chad in the Republic of Chad using reed obtained from Lake Tana in Ethiopia. After a number of weeks, Ra took on water after its crew made modifications to the vessel that caused it to sag and break apart.A similar vessel, Ra II, was then built by boatmen from Lake Titicaca in Bolivia and likewise set sail across the Atlantic from Morocco, this time with great success. The boat reached Barbados, thus demonstrating that mariners could have made trans-Atlantic voyages by sailing with the Canary Current.Apart from the primary aspects of the expedition, Heyerdahl deliberately selected a crew representing a great diversity in race, nationality, religion and political viewpoint in order to demonstrate that at least on their own little floating island, people could cooperate and live peacefully. Additionally, the expedition took samples of ocean pollution and presented their report to the United Nations.