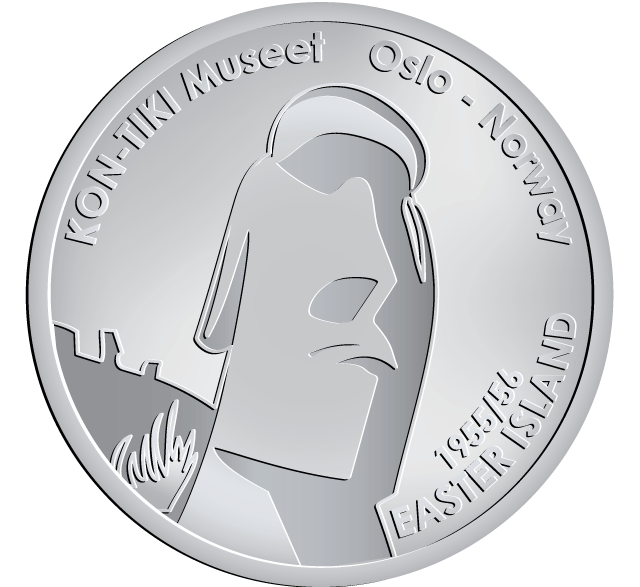 Easter Island (Rapa Nui in local language), is a Polynesian island in the southeastern Pacific Ocean. It is one of the world’s most isolated inhabited islands. The name ‘Easter Island’ was given by the island’s first recorded European visitor, the Dutch explorer Jacob Roggeveen, who encountered Easter Island on Easter Sunday 1722.The large stone statues, or moai, are world-famous. A total of 887 monolithic stone statues have been inventoried on the island and in museum collections. Although often identified as heads, the statues are actually complete torsos, the figures kneeling on bent knees with their hands over their stomach. Some upright moai have become buried up to their necks by shifting soils.In 1955-1956, Thor Heyerdahl organized the Norwegian Archaeological Expedition Easter Island. The expedition included experiments with regard to the carving, transport and erection of the moai statues.