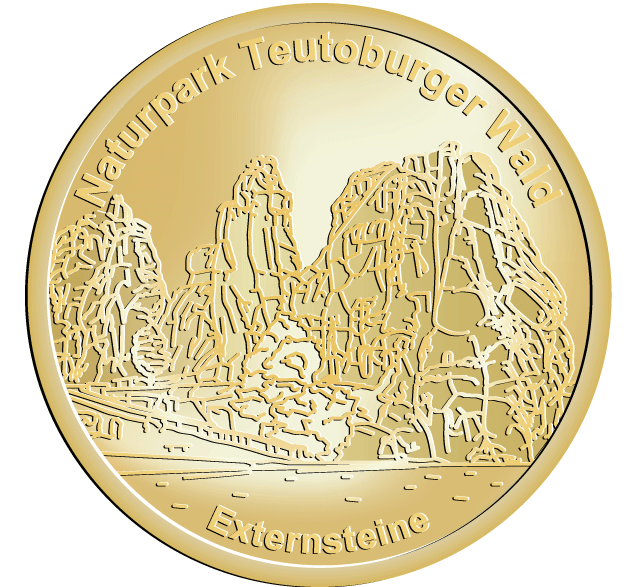 The Externsteine are a distinctive rock formation located in North Rhine Westphalia (Germany) in the Southern part of the Teutoburg Forest. The formation is a tor consisting of several tall, narrow columns of rock which rise abruptly from the surrounding wooded hills and are a natural outcropping of five sandstone pillars. All pillars have been modified and decorated by humans over the centuries and were a centre of religious activity for the Teutonic peoples and their predecessors prior to the arrival of Christianity in northern Europe. At the top of the tallest stone is a chamber, formerly used for sacrifices and the little decoration remains apart from one wall with a circular hole cut into it. Early studies have shown that this is some form of calendar. On the exact day each year when summer turns to winter, the sun shines exactly onto this hole. Today, the Externsteine are one of the most frequently visited nature reserves in Westphalia.