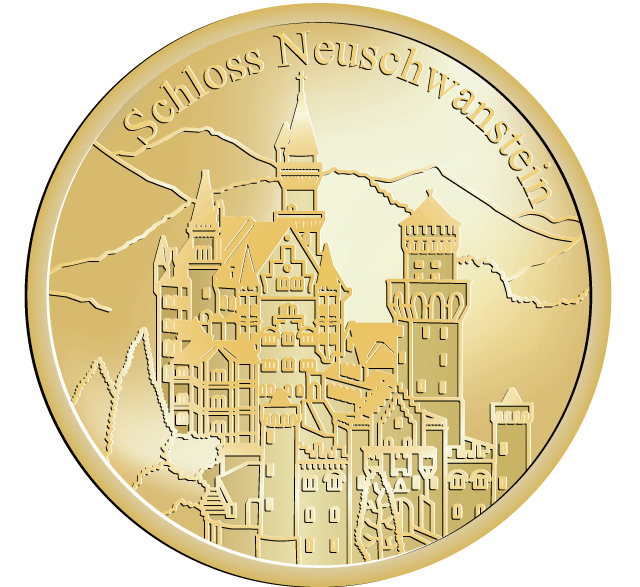 Neuschwanstein Castle in the Bavarian Alps of Germany is the most famous palace built for Louis II of Bavaria, sometimes referred to as Mad King Ludwig, who grew up nearby at Hohenschwangau Castle. Begun in 1869 and left unfinished at Louis’s death in 1886, the castle is the embodiment of 19th century romanticism. In a fantastical imitation of a medieval castle, Neuschwanstein is set with towers and spires and is spectacularly sited on a high point over the Pöllat River gorge. The construction of the castle was carried out according to a well thought-out plan. The castle was equipped with all kinds of technical conveniences which were very modern, if not to say revolutionary at that time. Running water on all floors. The spring which supplied the castle with excellent drinking water was located 200 meters above the castle. There was a hot water system for the kitchen and the bath and even toilets equipped with automatic flushing on every floor. The castle was also equipped with a warm air heating system for the entire building.Neuschwanstein served as the inspiration for the Sleeping Beauty Castle at Disneyland and appears prominently in several films, including The Great Escape, Chitty Chitty Bang Bang, The Timekeeper, Ludwig, and Spaceballs. Neuschwanstein Castle is a finalist for the New Seven Wonders of the World, along with 20 other would-be wonders.

Coin is available at Füssen, Hohen Schwangau, Hopfen Am See  and  Rothenburg.