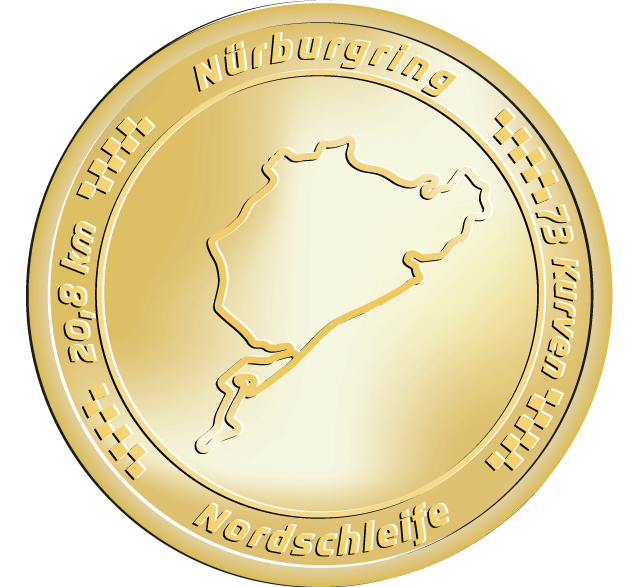 The Nürburgring known as simply ‘the Ring’ by motorsports enthusiasts, is a famous race track in Germany. It features several track configurations. Only the shorter, modern 1980s version called ‘GP-Strecke’ is currently used by major and international racing events. Michael Schumacher set the lap record on this 5.148 kilometres long track at 1’29.468 (Ferrari, 2004).However, the older, much longer version of the Ring called the Nordschleife (‘Northern Loop’), built in the 1920s around the village and medieval castle of Nürburg in the Eifel mountains, is still in use; nicknamed ‘The Green Hell’ (Grüne Hölle) by Jackie Stewart, it is widely considered the toughest and most demanding purpose-built race track in the world. Because of its demanding layout, the Nordschleife is used by many auto manufacturers as a proving ground for car prototypes. Some of the most notable corporate ‘Ring Rats’ are BMW, Porsche, Mercedes-Benz, Audi, Nissan, Lexus and General Motors.