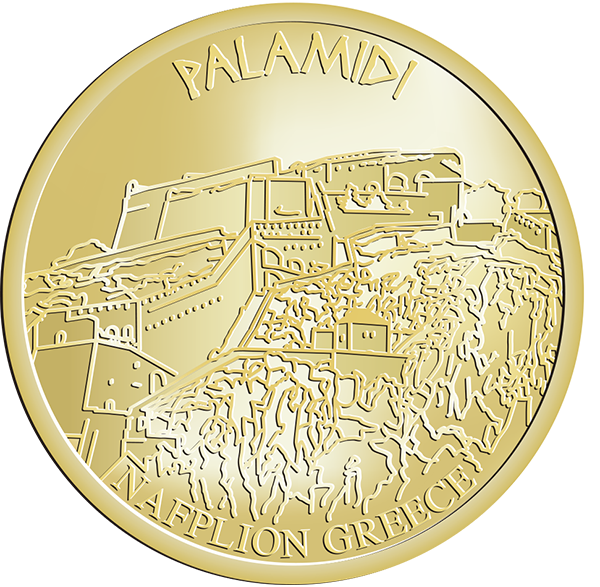 Palamidi is a military fortress to the east of the Acronauplia in the town of Nafplion in the Peloponnese region of southern Greece. Nestled on the crest of a 216-metre high hill, the fortress was built by the Venetians during their second occupation of the area (1686-1715).The fortress was a very large and ambitious project, but was finished within a relatively short period from 1711 until 1714. It is a typical baroque fortress based on the plans of the engineers Giaxich and Lasalle. In 1715 it was captured by the Turks and remained under their control until 1822, when it was captured by the Greeks.The fortress commands an impressive view over the Argolic Gulf, the city of Náfplio and the surrounding country. There are 857 steps in the winding stair from the town to the fortress. However, to reach the top of the fortress there are over one thousand.