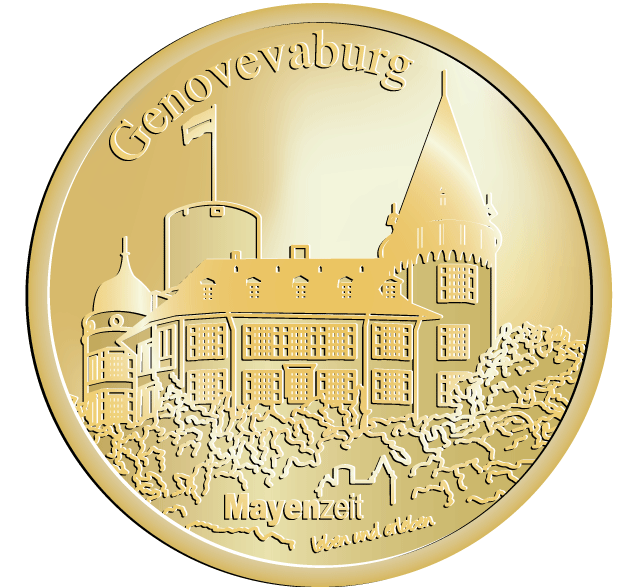 The 700-year-old Genoveva castle sits dominantly above the city centre of Mayen, the largest city in the Eifel.The castle has known a very turbulent history. It was as good as completely burned down during the occupation of the French troops in 1689, after which it was reconstructed in baroque style around 1700. After being hit by bombs during the airstrikeS of 12 December 1944 and 2 January 1945, the castle was again reconstructed. Renovation persisted until 1984. Since 1989 the castle houses the popular Eifel museum. The Eifel region has since long been a centre for mining and processing of volcanic rock, and a slate mine lies right beneath the Genoveva castle. The history of slate mining in the Eifel region, from its very beginning around 2000 years ago through to the present day, is clearly illustrated in the underground tunnels of the mine.