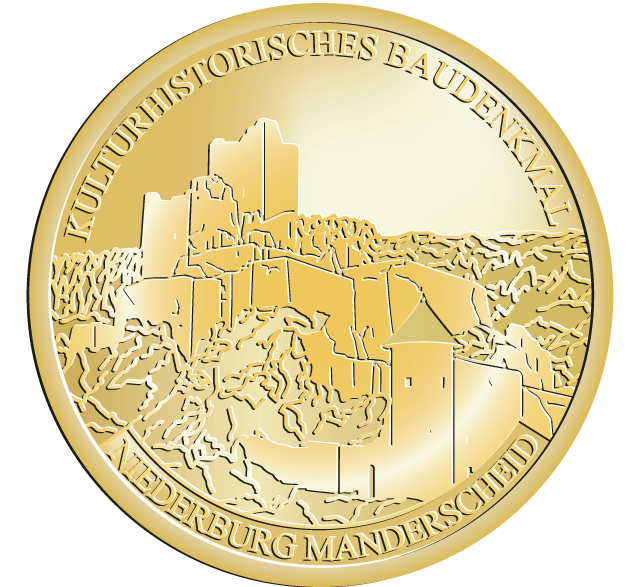 The castle Niederburg is situated a bit outside of Manderscheid, on a rock in the valley. The castle first was mentioned in the 12th century and today is ruined. Niederburg Castle consists of more remnants than Oberburg Castle. It can be seen from far away because of its three-storey keep of the 12th century, having a trapezium shape. There’s still enough left to get a good impression on it’s earlier size. There’s a tower that you can climb up and from which you have a great view down on the castle, on the Oberburg and the valley.Each year end of August, there’s a Knight’s Festival next to the castle and in December, there’s a Christmas Market.