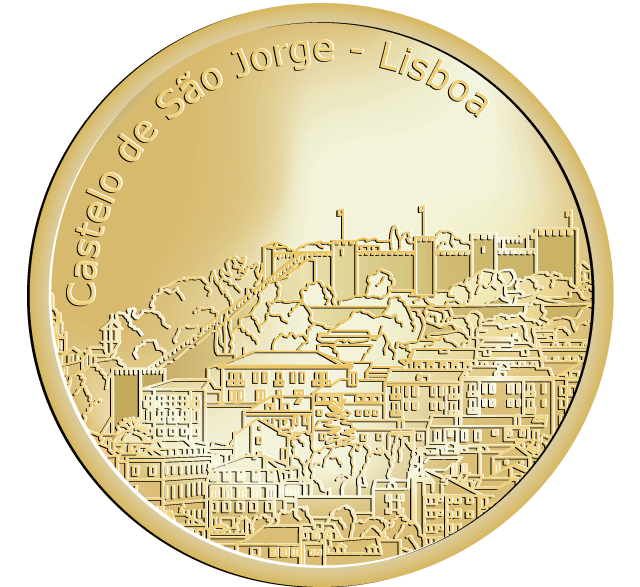 The Castle of São Jorge (Saint George) is located on the highest hill of the historic centre of the city of Lisbon, the capital of Portugal. It is one of the main historical and tourist sites of the city.The castle and the city of Lisbon were retaken from the Moors by King Afonso Henriques with the help of Northern European crusaders taking part on the Second Crusade. As Lisbon became the capital of the Kingdom in 1255, the castle became the seat of the Royal Palace. The castle was dedicated to Saint George in the late 14th century by King John I.The castle area is square-shaped and was originally completely encircled by a wall, forming a citadel. The main entrance to the citadel is done through a 19th century gate with the coat-of-arms of Portugal, which gives access to the main square, decorated with old cannons and a bronze statue of the conqueror of the castle, King Afonso Henriques.The medieval castle is located on the northwest side of the citadel area. If attackers managed to enter the citadel, the castle was the last stronghold of resistance. It is rectangular in shape and has a total of ten towers. A series of stairways allow visitors to reach the wall walk and towers, from which magnificent views of Lisbon can be enjoyed.