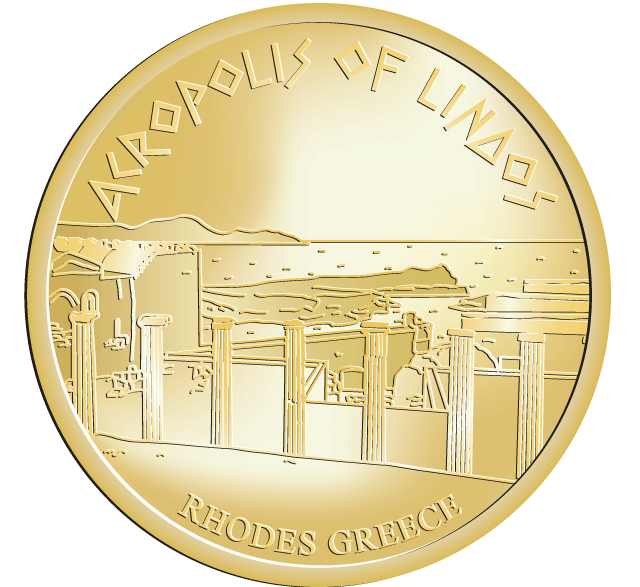 Above the modern town Lindos rises the acropolis of Lindos, a natural citadel which was fortified successively by the Greeks, the Romans, the Byzantines, the Knights of St John and the Ottomans. This makes the site difficult to excavate and interpret archaeologically. In classical times the acropolis of Lindos was dominated by the massive temple of Athena Lindia, which attained its final form in around 300 BC. In Hellenistic and Roman times the temple precinct grew as more buildings were added. In early mediaeval times these buildings fell into disuse, and in the 14th century they were partly overlaid by a massive fortress built on the acropolis by the Knights of St John to defend the island against the Ottomans.