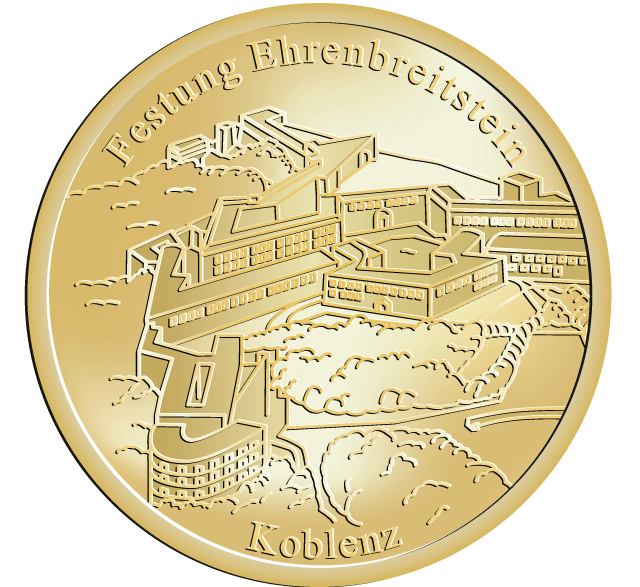 Festung Ehrenbreitstein is a fortress on the same-named mountain on the right side of the Rhine opposite to the town of Koblenz in the Rhineland-Palatinate.Ehrenbreitstein is one of the largest and most impressive of the 19th century fortresses. Although there is nothing left of the original medieval castle with the earliest pentagonal keep on the Rhine, the ground and during the centuries was added to and extended, growing slowly into a massive fortress complex. Time and again, when danger threatened, the fortress served as a sanctuary for troubled rulers or for the holy relics of Treves, including the Holy Coat.The fortress today is home to the administration offices of the body that looks after the castles and antiquities of the Rhineland Palatinate, as well as the regional museum of Coblence with its collection on the history of technology, a youth hostel, restaurants, and local authority offices.