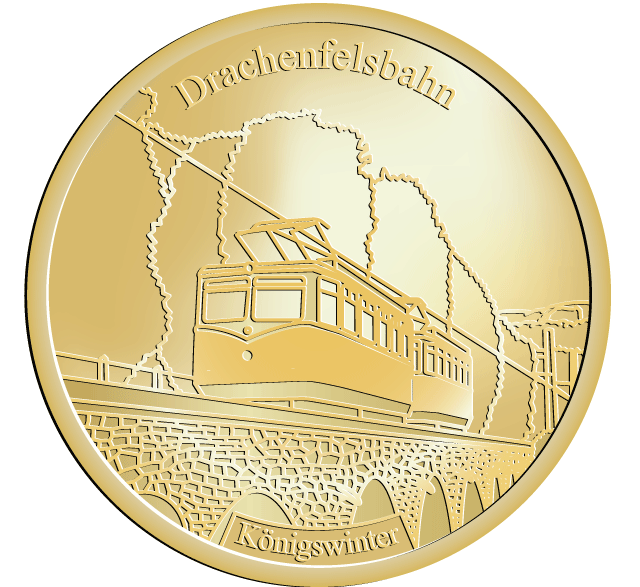 The Drachenfels (‘Dragon’s Rock’) is a mountain (321 m) in the Siebengebirge mountain range near Bonn. One German legend recounts, that Siegfried – the hero of the Nibelungenlied – killed a dragon living in a cave in the mountain. After taking a bath in its blood, he became invulnerable.The Drachenfels Railway or Drachenfelsbahn runs from Königswinter to the summit of the Drachenfels mountain at an altitude of 289 m.The rack railway is 1.5 km long and manages an elevation gain of 220 m at a maximum gradient of 22%.The line opened with steam traction, on July 13, 1883 and was converted to electric traction in 1953. With a fresh outfit and a modernized station, the ‘Bergbahnen im Siebengebirge AG’ have been given a new look, and one of the four remaining German cog railways will continue to be in service in the Rhineland.