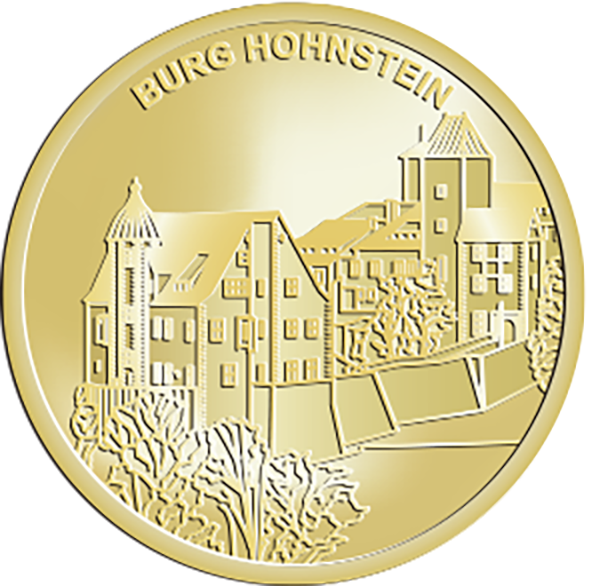 Hohnstein Castle is a medieval castle in the village of the same name, Hohnstein in Saxon Switzerland in the Free State of Sachsen in East Germany. The castle is enthroned on a sandstone rock high above the Polenz valley and is the emblem of the small town. It lies on a hard sandstone slab, 140 metres over the Polenz valley. Hohnstein Castle was probably built around 1200 or earlier as a Bohemian border fortress for the Margraviate of Meißen to defend it against Saxony.