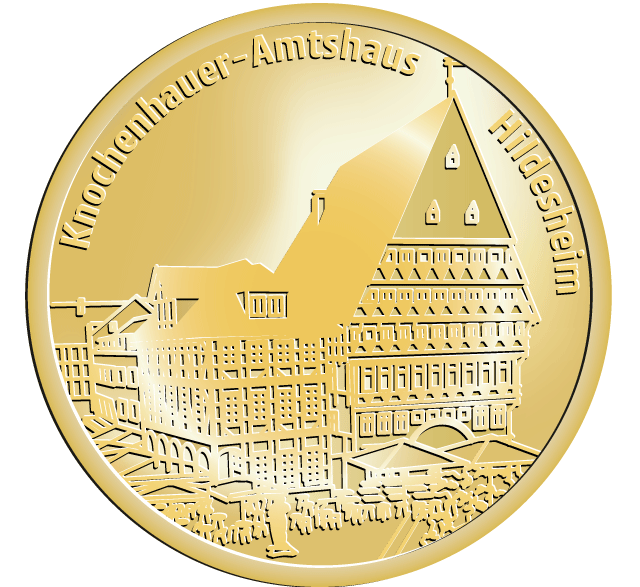 The Butchers’ Guild Hall (German: Knochenhaueramtshaus) is a half-timbered house in Hildesheim in the federal state of Lower Saxony, Germany.
Today the Butchers’ Guild Hall houses a restaurant and the City Museum. Every year, a traditional Christmas Market is held in front of the Butchers’ Guild Hall. It starts in the last week of November and runs through to Christmas Eve. Traditional products and handicrafts, Christmas merchandise and local delicacies are offered.
The Butcher’s Guild Hall, an example of half-timbered building, is one of the largest structures in the Historic Market Place of Hildesheim. With its 7 floors and a height of 26 metres, it is considered to be one of the tallest half-timbered houses in Germany. The roof has a dimension of 800 square metres. The portal has a width of 2.35 meters. The façade is decorated with colourful wood carvings, paintings and German proverbs.