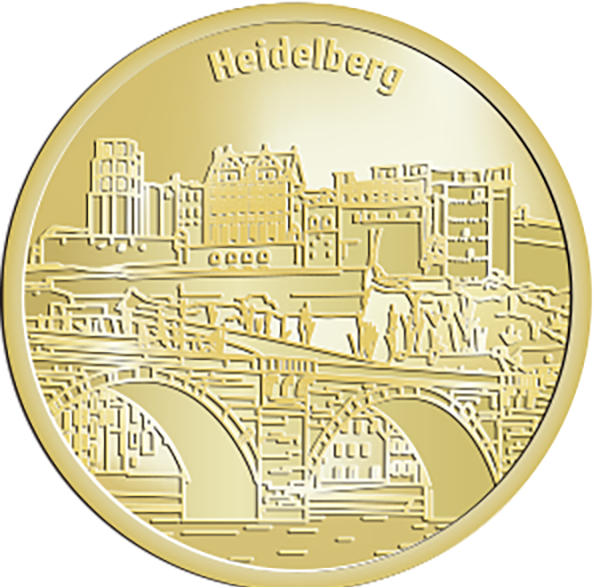 Heidelberg is a city situated on the river Neckar in south-west Germany. A former residence of the Electorate of the Palatinate, Heidelberg is the location of Heidelberg University, contemporary Germany’s oldest and among its most reputable universities. Heidelberg is a popular tourist destination due to its romantic and picturesque cityscape, including Heidelberg Castle and the baroque style Old Town. Heidelberg Castle is a ruin in Germany and landmark of Heidelberg. The castle ruins are among the most important Renaissance structures north of the Alps. The castle has only been partially rebuilt since its demolition in the 17th and 18th centuries. It is located 80 metres up the northern part of the Königstuhl hillside, and thereby dominates the view of the old downtown.