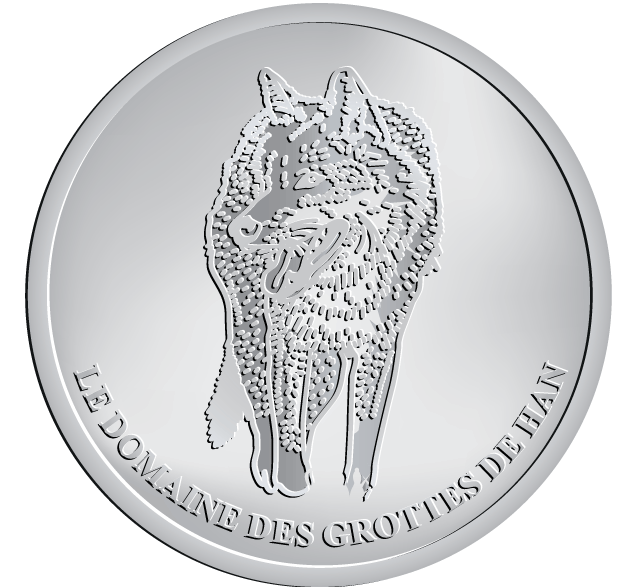 The caves of Han are the result of the underground erosion of a limestone hill by the river Lesse. The river forces its way under the hill over a distance of over one kilometer as the crow flies. The caves have a constant temperature of 13°C (55°F) and a high level of humidity. Access is only possible via a vintage streetcar, a remnant of the country’s once extensive vicinal tramway system, which departs from the center of Han. The wolf disappeared from our regions around a hundred years ago, but lately he’s back in our neighboring countries and also in Belgium he re-appeared several times.