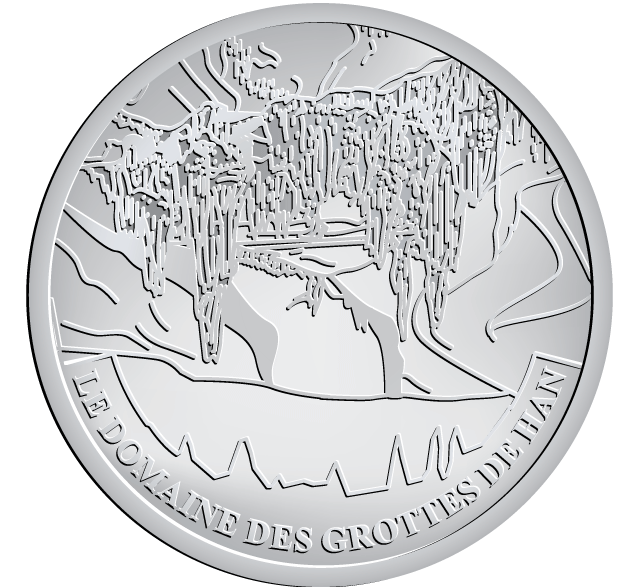 The more famous Belgian caves are at Han-sur-Lesse, one of Rochefort’s constituent towns, where the Lesse River disappears at what is called the gap or hole of Belvaux and passes by subterranean passages under the hill called Boeme or Boine.The endeavor to trace the course of the river led to the discovery of the grottoes, which consist of fifteen separate connected ‘halls’ that emerge in a bay of the river from a dark and extensive cavern forming a sort of side creek or bay. Except in flood-time, when the exit has to be used, the entrance is near the point where the river disappears at what is called the gap or hole of Belvaux, and the exit is made by boat from the cavern last described, which leads out to the open river. A beautiful effect for tourists in boats is afforded by emerging from the complete darkness of this cavern into the light. The finest stalactites are in the three halls called the Mysterieuses, the Vigneron and the Draperies where is ‘ the tomb’, which looks as if chiseled out of white marble. The central hall called the Salle d’Armes (‘the Armory’) is immense, and one of the river channels flows through it.