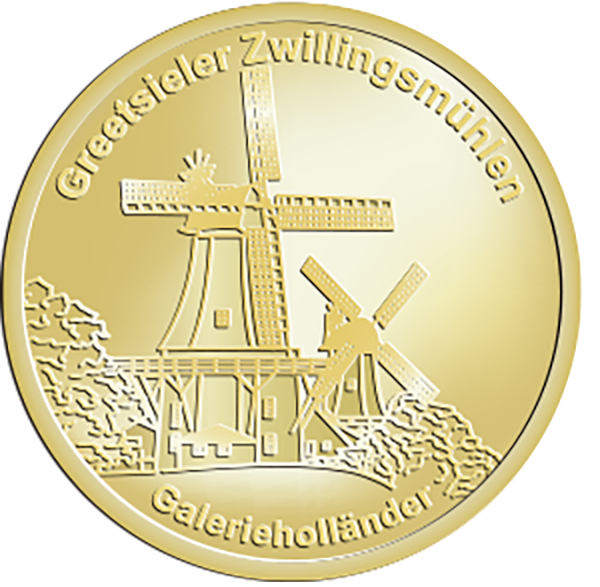 The twin smock mills in Greetsiel make a popular photo image. The two-storey Dutch windmills are very similar, but of different ages: the red mill was built back in 1856 whereas the green one was not built until 1921. Both mills had predecessors who were either destroyed by storms or fires. The older one is today a museum mill and the younger one is an art gallery.