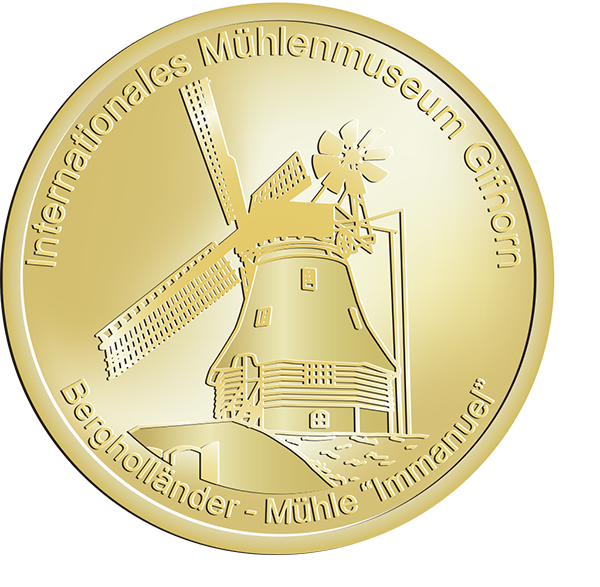 This tower mill comes from Westdorf in the district of Dithmarschen, where it was built in 1848 under the name Immanuel. It is one of the original three mills that was established at the museum. It is described in German as a Bergholländer (‘Dutch hill mill’) or Kellerholländer (‘Dutch cellar mill’). These terms indicated that, in the former case that the mill was built on a small hill, and in the latter, that it had a cellar into which the horses and carts could be driven. During the course of its history the mill was modified many times and evolved into a highly technical mill including, inter alia an automatic wind rose. The sails could be adjusted to the wind speed. In 1969 the last miller offered to donate the mill in a newspaper advert on the condition that it was rebuilt. The newspaper publisher, Axel Springer, acquired the mill and had it restored. Later he donated it to the mill museum, where it was rebuilt in 1979.