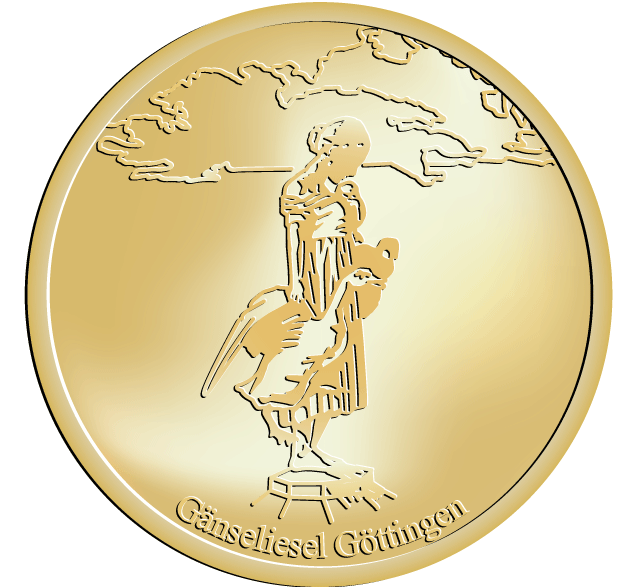 The Gänseliesel is a fountain which was erected in 1901 in front of the mediaeval town hall of Göttingen. Although rather small in size, the fountain is the most well-known landmark of the city. Today, it is an essential part of the graduation celebrations for every student who finishes a doctorate at the George August University Göttingen to climb the fountain and to kiss the statue of the goose girl. Since the 18th century, a fountain was located on the site of the Gänseliesel. However, the old fountain was partially pulled down in the early 19th century due to deterioration. In 1898, the city council decided to construct a new fountain, for which sculptors from all over Germany presented their proposals. The citizens of Göttingen widely preferred the simpler design of the goose girl, probably because the simple girl image best represents the common people – in contrast to the numerous statues of famous university scientists found in the city. After long discussion, the Gänseliesel, then designed by the architect Heinrich Stöckhardt and created by the sculptor Paul Nisse, was finally put up in 1901 without any official ceremony. The Gänseliesel fountain does not have any particular connection to the history of the town.