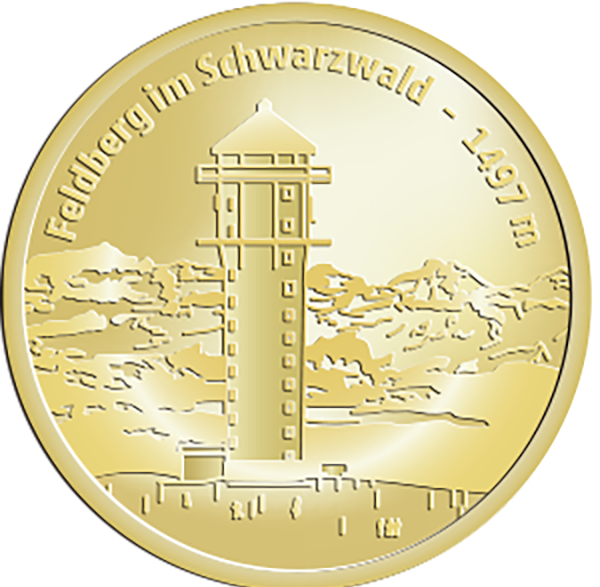 At 1,493 metres (4,898 ft) the Feldberg in the Black Forest is the highest mountain in Baden-Württemberg, and the highest in Germany outside of the Alps. The local municipality of Feldberg was named after the mountain. Feldberg is the biggest winter skiing resort in Germany outside of the Alps. The first ski lift was originally built in 1907 in the Feldberg area. Today, there are around 14 ski lifts (including five at the Seebuck, among them a six-seater chairlift) and over 50 kilometres (31 mi) of downhill runs up to a ‘black’ level of difficulty.