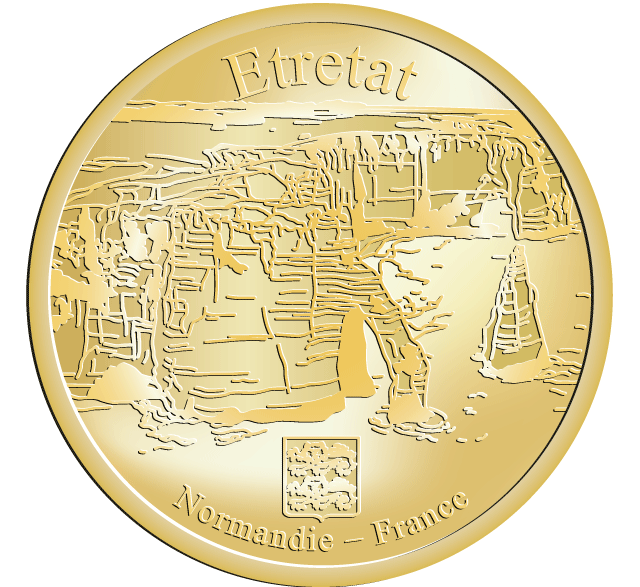 The sheer cliffs of Etretat, 32 kilometers north east along the coast from Le Havre, have an iconic feel. The perfect arch (the Manneporte) that protrudes into the sea, with the 70-meter rock needle, the Aiguille, behind it are familiar images, but the scenery is dominated by the cliff formations on either side of the town – the Falaise d’Aval in the west and the Falaise d’Amont in the east. The Falaise d’Aval is reached by stairs from place du Général de Gaulle, while the Falaise d’Amont can be reached by car or foot, via rue Jules Gerbeau or a path at the end of the promenade. The scenic beauty of the small village of Etretat and its cliff formations inspired a host of 19th-century artists including Monet, Courbet and Corot, and author Guy de Maupassant spent some of his formative years here.