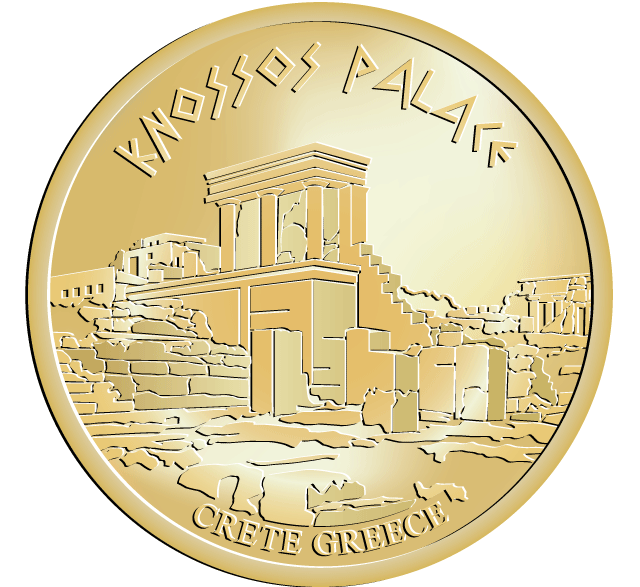 The Palace at Knossos is the largest (it covers an area of 20.000 square meters) and most spectacular of all the Minoan palatial centres. It has all the typical features of the architectural type established in ca. 1700 B.C.: four wings arranged around a rectangular, central court, oriented N-S, which is actually the nucleus of the whole complex. On the east side of the Central Court are the Royal Apartments, accessible by the Grand Staircase, one of the masterpieces of Minoan architecture. The gypsum stairs descend to a colonnaded courtyard, providing light to the lower storeys. Such light wells were a typical characteristic of Knossos.