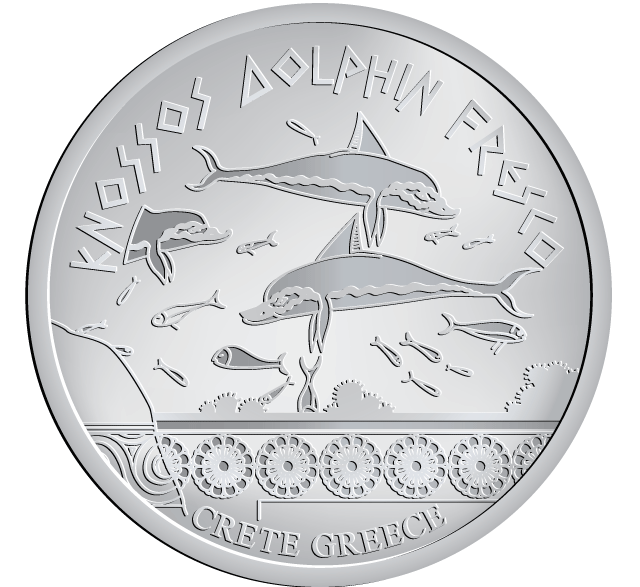 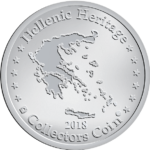 The dolphin fresco dates back to the period known as Late Minoan I (c.15th and 16th centuries BC) and is an example of ‘marine style’ Minoan art. Octopi, dolphins, fish, crabs, rocks, and seaweed are common motifs seen on pottery and in frescos dating to this period and some archaeologists believe that this may have been in response to a natural disaster, such as an earthquake or tsunami. This theory is corroborated by the fact that a number of temples and palaces, including the palace at Knossos, had to be rebuilt following an earthquake in 1570 BC. It’s hard to deny it’s one of the most stunning works of Minoan art found at Knossos. Visitors to Knossos will find a replica of the fresco displayed over a doorway in the east wing of the palace. The original fresco, which is now housed in the Heraklion Archaeological Museum, is actually a reconstruction.
Coin is available at KTEL HRAKLEIO, RETHIMNO and CRETAQUARIUM.