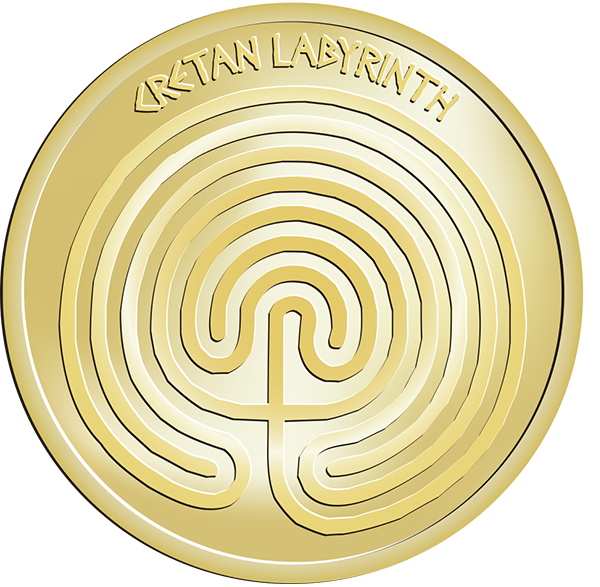 In Greek mythology, the Labyrinth was an elaborate structure designed and built by the legendary artificer Daedalus for King Minos of Crete at Knossos. Its function was to hold the Minotaur, a creature that was half man and half bull and was eventually killed by the Athenian hero Theseus. Wrapped in legend, but clearly manifested in the archaeological record, is the huge Bronze Age labyrinth at Knossos. That the Cretan labyrinth had been a dancing-ground and was made for Ariadne rather than for Minos was remembered by Homer in Iliad , where, in the pattern that Hephaestus inscribed on Achilles’ shield, one incident pictured was a dancing-ground ‘like the one that Daedalus designed in the spacious town of Knossos for Ariadne of the lovely locks.’ Even the labyrinth dance was depicted on the shield, where ‘youths and marriageable maidens were dancing on it with their hands on one another’s wrists… circling as smoothly on their accomplished feet as the wheel of a potter…and there they ran in lines to meet each other.’