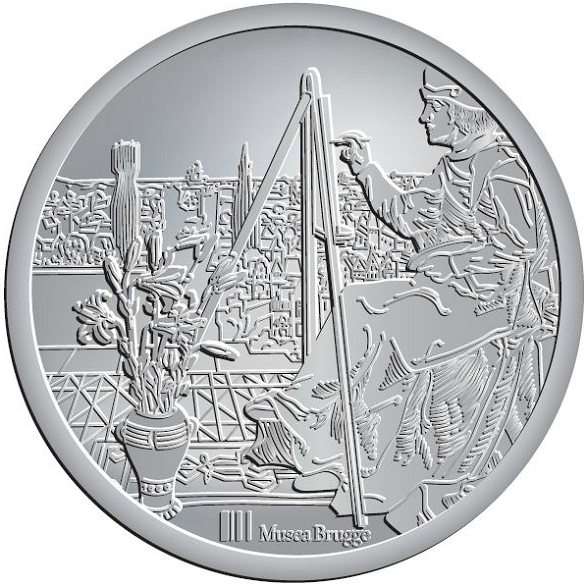 Early Netherlandish painting is a term art historians use to designate a group of painters who were active primarily in the Southern Netherlands in the 15th and early 16th centuries. These painters are also known as the Flemish Primitives, not because their art lacked sophistication (quite to the contrary), but because they were at the origin of a whole new tradition in painting. Chief among them were: Jan van Eyck, Rogier van der Weyden, Hugo van der Goes, Hans Memling, Petrus Christus, Robert Campin, Dirk Bouts, Gerard David. Coin is available at Brugge Stadhuis together with Groeningemuseum coin.