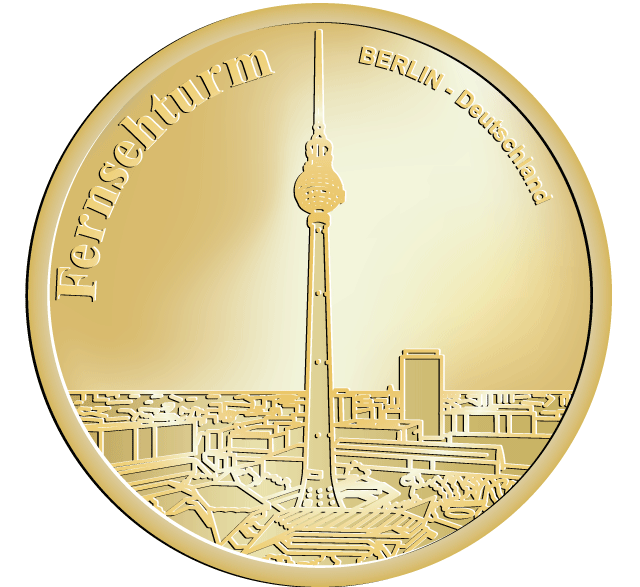 The Fernsehturm is a television tower in the city centre of Berlin. Together with Brandenburger Tor and other sightseeings it’s a well-known Berlin landmark. It was constructed between 1965 and 1969 by the former German Democratic Republic. The GDR administration intended it as a symbol of Berlin, which it remains today, as it is easily visible throughout the central and some suburban districts of Berlin.The height of the tower rose to 368 m after the installation of a new antenna in the 1990s. The Fernsehturm is the fourth tallest freestanding structure in Europe. There is a visitor platform and a rotating restaurant in the middle of the sphere, at a height of about 204 m above the ground where visibility can reach 42 km on a clear day. When the sun shines on the Fernsehturm’s tiled stainless steel dome, the reflection usually appears in the form of a cross. This effect was neither predicted nor desired by the planners. As a jibe against the atheist foundations of the Communist government, and the ongoing suppression of church institutions in East Germany, Berliners immediately named the luminous cross Rache des Papstes, or ‘Pope’s Revenge’.