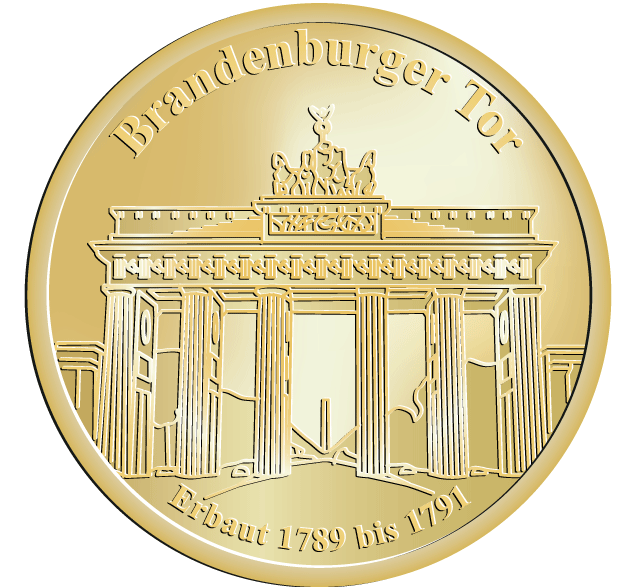 The Brandenburg Gate is a triumphal arch, the symbol of Berlin. Located on the Pariser Platz, it is the only remaining one of the series of gates through which one entered Berlin. It constitutes the monumental termination of Unter den Linden, the renowned boulevard of linden trees which led directly to the royal residence. It was commissioned by Friedrich Wilhelm II as a sign of peace and built by Karl Gotthard Langhans from 1788 to 1791.The Brandenburg Gate consists of twelve Greek Doric columns, six on each side. This allows for five roadways, although originally ordinary citizens were only allowed to use the outer two. Above the gate is the Quadriga, consisting of the goddess of peace, driving a four-horse chariot in triumph. The gate stands 26 meters high, 65,5 meters wide and 11 meters thick.