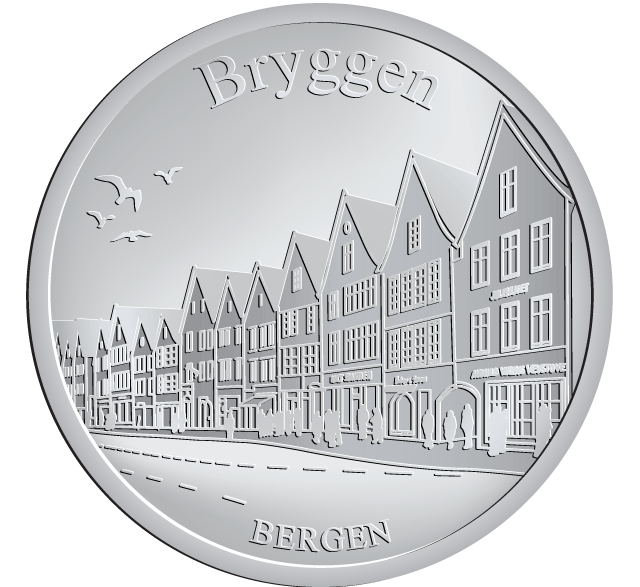 Bryggen, also known as Tyskebryggen (‘the German Dock’) is a series of Hanseatic commercial buildings lining the eastern side of the fjord coming into Bergen.Bryggen is on the UNESCO list of world heritage sites.The city of Bergen was founded in 1070. In 1360 an office of the Hanseatic League was established there, and as the town developed into an important trading centre, the docks were improved. The administrative buildings of Bryggen housed clerks from many areas, especially Germany. The warehouses were filled with goods, particularly fish from northern Norway, and cereal from Europe.Throughout history, Bergen has experienced many fires, since, traditionally, most houses were made from wood. This was also the case for Bryggen, and as of today, ca. 1/4 dates back to the time after 1702, when the older dockside warehouses and administrative buildings burned down. The rest predominantly consists of younger structures, although there are some stone cellars that date back to the 15th century.
Coin is available at, Akvariet i Bergen, Fløien and Audhild Viken Julehuset.