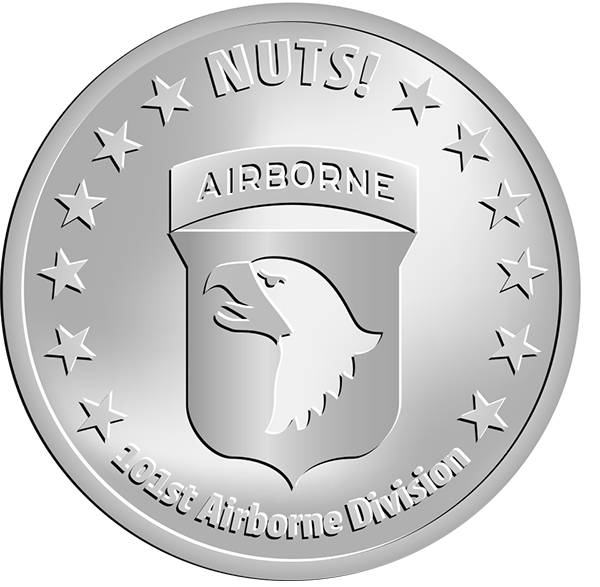 On Dec. 22, four German couriers approached American lines under a flag of truce, carrying a message ‘from the German commander to the American commander.’ Asserting that Bastogne was ‘encircled,’ the note gave McAuliffe, who was acting commander of the 101st in the absence of Maj. Gen. Maxwell Taylor, two hours to surrender or face ‘total annihilation.’ It offered ‘the privileges of the Geneva Convention’ to the would-be POWs. What came next would be one of World War II’s seminal moments. As Vicari, McAuliffe’s personal aide, recalls it 60 years later, ‘General Mac read the note and said, ‘Aw, nuts.’ Then he asked, ‘What should I tell them?’ ‘ Lt. Col. Harry W. O. Kinnard, the division operations officer, said, ‘Why not tell them what you just said?’ ‘What did I just say?’ ‘You said, ‘Nuts,’ ‘ Kinnard replied. McAuliffe scribbled a reply: ‘To the German commander. Nuts! From the American commander.’