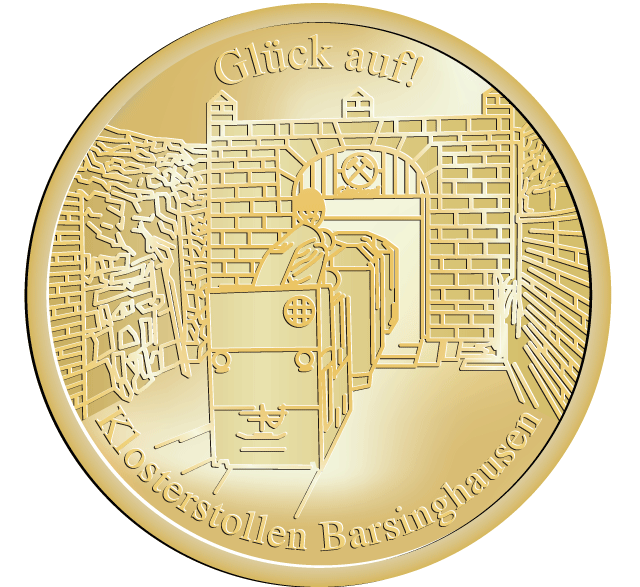 The Besucherbergwerk Klosterstollen Barsinghausen is a part of the Gemeindebergwerk im Bullerbachtal which was opened in 1847. The tunnel was started on 01-SEP-1856 and reached the coal seam at a length of 1,474m on 07-OCT-1869. One month later the first cart of coal was produced. The coal mining through this tunnel was stopped in 1921, but it was subsequently used for mine ventilation. Mining used then the four shafts of the Schachtanlage Klosterstollen. The mine was finally closed in 1957 because it was not profitable any more.The Klosterstollen was filled with water for many years, but in 1974 another tunnel collapsed and the water flooded the industrial area around Schacht IV (shaft 4). It was necessary to fix this and install a new drainage for the abandoned mine, as a result the Klosterstollen is drained too. The process takes years, but in 1984 some mining enthusiasts discover that it might be possible to reopen the now dry tunnel. They start to plan a show mine. In 1986 the tunnel is opened and the development as a show mine starts. It is opened in 1999 after the mining authority officially gives the permission to run a show mine with a mine train.