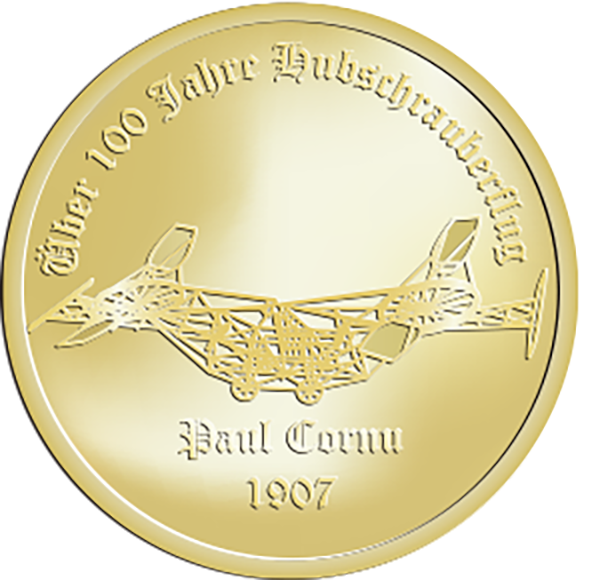 Cornu first built an unmanned experimental design powere by a 2 hp Buchet engine.It was powered by a 24 horsepower (18 kW) Antoinette engine. He piloted this construction himself at Normandy, France on November 13, 1907. Previously, a French helicopter, the Breguet-Richet Gyroplane I, had managed to lift off under its own power, but it had been held in position by men standing on the ground. Cornu’s performance was a considerable progress because his aircraft flew without additional support and lifted Cornu about 30 cm (1 ft) for 20 seconds . Unfortunately this early helicopter was scarcely maneuverable and had only a few additional flights. The construction was not much further developed by this technical pioneer, who had to keep on making a living by manufacturing bicycles. Now it’s exposed in the Hubschraubermuseum Bückeburg (Bückeburg Helicopter Museum) located in the German town of Bückeburg.