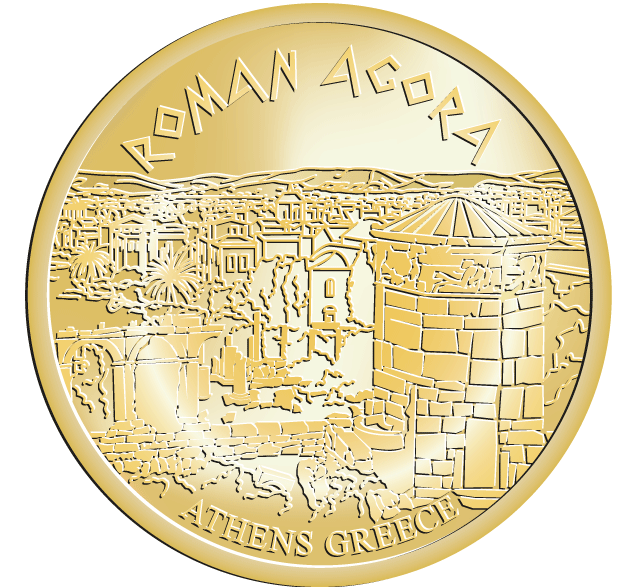 The Roman Agora (Market of Caesar and Augustus) is located on the north side of the Acropolis, and a short distance to the east of the Greek Agora, with which it was connected by a paved street. An inscription (IG II2 3174) on the architrave of the monumental Gate of Athena Archegetis (‘Athena the Leader’) tells us that Julius Caesar and Augustus provided the funds for its construction in the 1st century B.C. The Roman Agora consists of a large, open-air courtyard surrounded by colonnades on all four sides. On the eastern side, there were also a series of shops. On the southern side was a fountain. The main entrance was on the west (Gate of Athena Archegetis), and there was a second entrance on the east, leading up to a public latrine and the ‘Tower of the Winds.’ The Roman Agora apparently became the main market of the city, taking over many of the commercial functions of the Greek Agora, which had become something of a museum by that time.