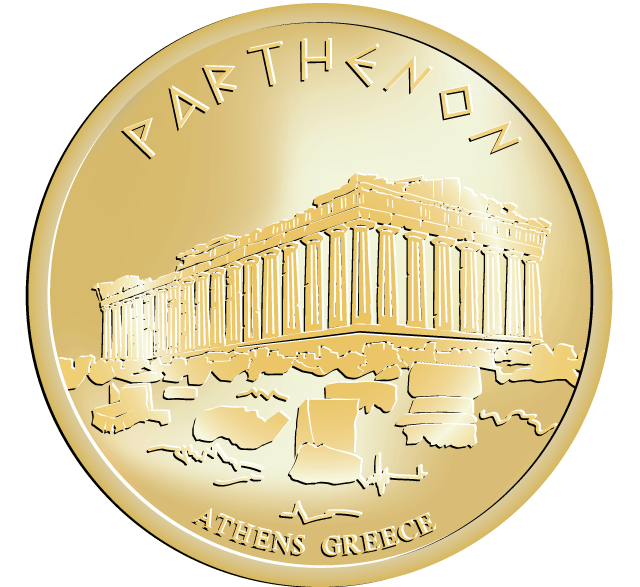 The Parthenon is the most famous surviving building of Ancient Greece and one of the most famous buildings in the world. The building has stood atop the Acropolis of Athens for nearly 2.500 years and was built to give thanks to Athena, the city’s patron goddess, for the salvation of Athens and Greece in the Persian Wars. The building was officially called the Temple of Athena the Virgin, and its popular name derives from the ancient word parthenos, a young woman.The Parthenon replaced an older temple which had been destroyed by the Persians. As well as being a temple, the Parthenon was used as a treasury, and was the location of the treasury of the Delian League, which later became the Athenian Empire.
The coin is available at Adrianou and Panathenaic Stadium.