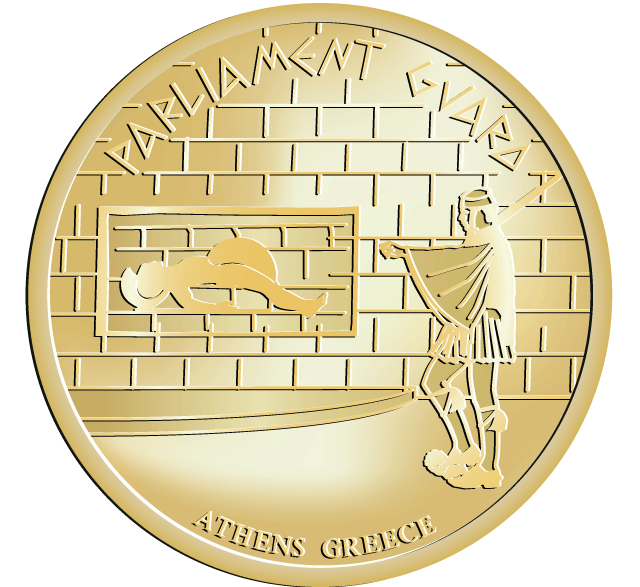 Every Sunday at 11 am, tourists gather in front of the Parliament building on Syntagma Square (Plateia Syntagmatos) to watch the ceremonial changing of the guard in front of the Tomb of the Unknown Soldier. The guards (Evzone’s) wear their traditional white kilts, red and black caps and red clogs with pompoms only that day or on special occasions. On every other day, the Evzone’s wear regular khaki uniforms with skirts and the changing of the guard takes place every hour on the hour, 24 hours a day. The guards are tall and well trained soldiers. They belong to the ‘Proedriki Froura’ the guards of the President of Democracy. It is a high honor for every Greek soldier to be chosen as an Evzone.With a history spanning over more than a century, the Greek Presidential Guard was officially founded in 1868 as a regiment of the Greek army. Today, the duties of the Evzone’s are of a purely ceremonial nature.