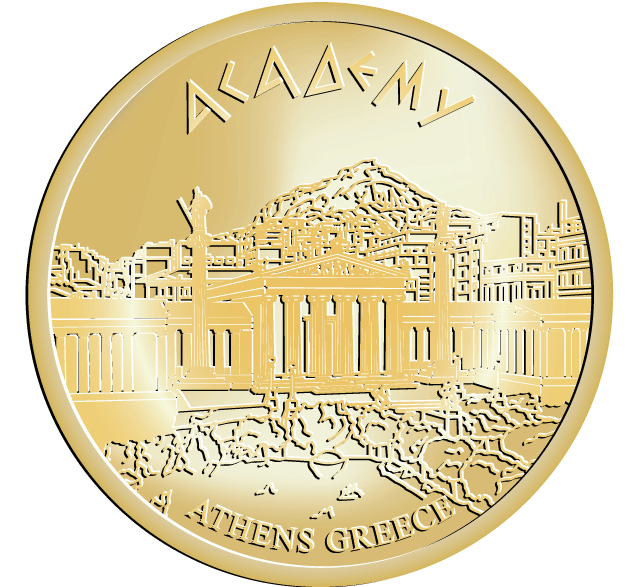 The Academy of Athens forms part of the so-called ‘Neoclassical Trilogy’ of the City of Athens: Academy – University – Library. It consists of aesthetically distinct parts that form a harmonic ensemble of built mass. It is flanked by two wings decorated with friezes and a pair of tall columns adorned by statues of Apollo and Athena. The predominant material on the facets is marble. Overall, the building is a characteristic example of mature Neoclassicism. It was built in two phases, in 1859 – 1863 and 1868 – 1885, based on studies of the Danish architect Theophile Hansen and it is believed to be his most exquisite work in Greece. The Academy is considered the finest example of the Greek order in architecture.
The coin is available at Smile.